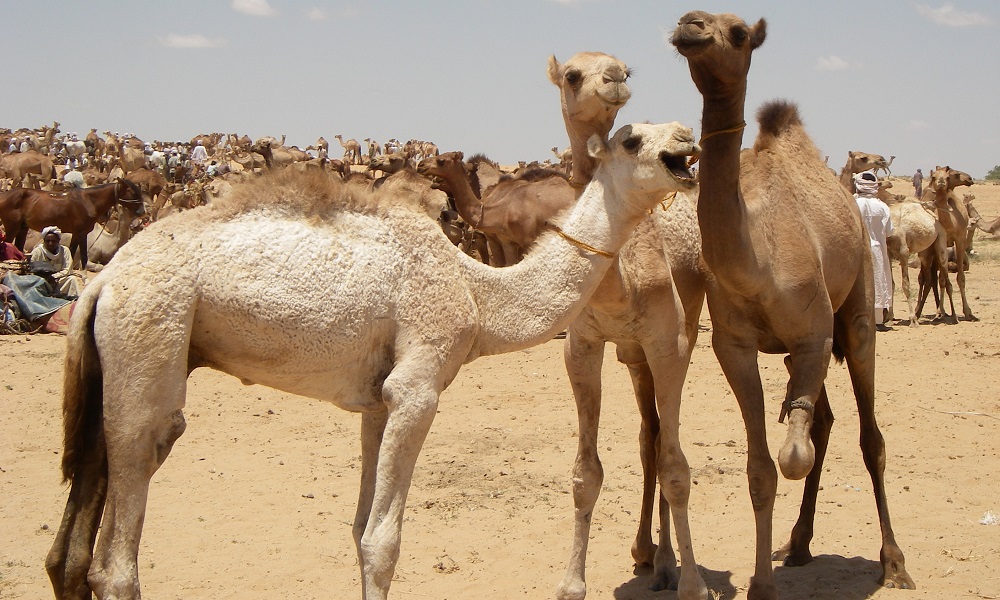 For many, this word conjures up a romantic image of a turbaned, warrior like figure riding out of the desert to graze briefly in a palm filled oasis, before climbing onto his lofty camel to ride out in search of another adventure. Not quite the reality for most nomads of our time, at least not in this country.

For some in Chad being a nomad is a question of tribal identity: in generations gone by, their families grazed large herds of camel, cattle, or goats and sheep by following the seasonal migratory patterns which the climate here dictates, and by virtue of that fact, they see themselves as nomads although they may no longer have herds of livestock, or if they do they may only graze them locally.

For many it is a way of life. A large number of tribes still follow the traditional seasonal migrations with their herds. The climate in Chad is such that it is difficult to maintain large herds of livestock in any one place throughout the year. In the dry, northern areas, during the dry season grazing becomes sparse and water sources very limited. In the southern areas where there is plenty of rain the number of insects increases considerably during the rains, bringing with them a host of diseases which force the livestock out of the area. Eradicating the diseases would help to change the situation slightly, but on the whole the animals do not do well in the humidity that the rains bring to the southern grasslands, especially the camels.

Being a nomad is a serious business: there is no time for romantic wandering. The nomads move on well travelled routes or ‘corridors’ which the government are now trying to delineate in order to ease the tension between the farmers and the nomads. The major re-locations take place over a period of about three weeks, at the start and at the end of the rainy season. Herds cover between 25 and 35km a day. During this period they will stop at the major markets to stock up on millet, and the all important sugar and tea.

They need to time their move carefully. If they go too early there will not be enough grazing in the north. If they leave too late and the wadis (seasonal streams) are in full flood it can be extremely dangerous to cross them. In the 1998 rainy season for example 70 deaths were recorded as the nomads crossed the Batha (a big seasonal river) and over 2,000 head of livestock were lost.

Counting the nomads is a difficult business. During the census of 1993 the population of just one administrative zone was recorded as 42,000, but the authorities believe that 70,000 would be a much more realistic figure. The census was conducted in April, when most of the nomads would have been out with the geographic limits of the zone.