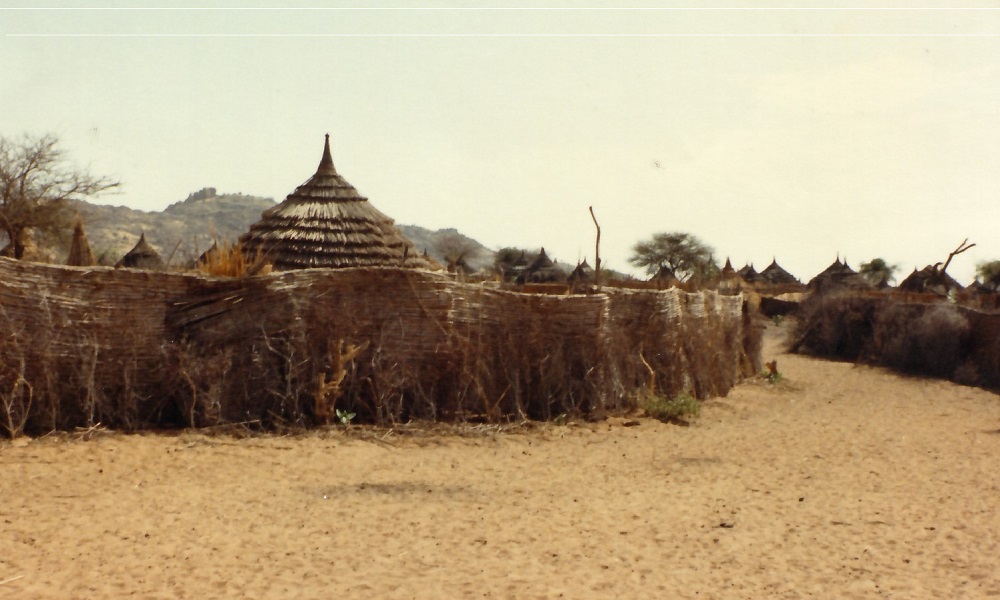 The Maba people are a major ethnic group in the East of Chad. They were at one time a powerful kingdom that ruled an extensive area. They call their own language Bura Mabang. They are also known for their attachment to the Arabic language and to Islam. They and their language are better known by the name Ouaddai (pronounced Wad-aye), which is the term used by people who are not Maba. Ouaddai has become the name of an administrative district and is often used less precisely for the eastern region of Chad. There may be 400 000 Maba living in Chad or Sudan.

The Maba are to be found in the Chadian regions of Ouaddai, Wadi Fira, and Sila, and also in Darfur in Sudan. There are also significant numbers in the cities of N’Djaména and Khartoum and the Gezira region of Sudan.

Until 1912, the Ouaddai was a powerful, independent sultanate. The present state system allows for the sultan to continue to exercise considerable influence in local matters and run his own Islamic court in parallel to the state system.

According to traditional sources, the Maba consisted of several sub-tribes without any central organisation and were animists until the 16th Century. For a while a tribe called the Tunjur ruled over them. Then an Arab called Abdal Kareem drove out the Tunjur and set himself up as ruler of the region in 1635. He claimed descent from the Abbasid Caliphs of Baghdad.

He based himself in Wara and sent Islamic teachers into the villages. The teachers called people to embrace Islam and those that did lived separately from those who did not. Any who opposed the new regime were taken and sold as slaves.

The sultanate grew externally by conquest and was strengthened internally by Islamisation. The slave trade (supplying the Middle Eastern market) was a major source of revenue. According to Islamic law, Muslims cannot take fellow Muslims as slaves, but can take infidels. So as people accepted the new sultanate and embraced Islam, the raids went further a field into Central and Southern Chad.

Although the sultanate presented itself as Islamic, significant animist practices continued for many years especially those relating to the enthronement of new sultans.

Wara became an important centre and maintained relations with the Ottoman Empire. In the 1880s, a new capital was built about 100 km to the south of Wara at Abéché. The abandoned ruins of Wara are now one of Chad’s few historic sites.

In 1900, the French entered what is now Chad from the West. The Anglo-Egyptian forces had recently defeated the Mahadist kingdom to the East in Sudan and the Ouaddai braced itself to resist. The French advance eastwards was checked by Ouaddaian armies and two expeditions were annihilated. It was only in 1912 that the French prevailed and captured Abéché. They proceeded to replace the sultan, demolish the citadel and build their own administrative block on the site.

The Sultanate of the Ouaddai continues to be important at the local level. Although it is not part of the modern state apparatus, it runs its own traditional courts based on Islamic law and deals with many civil matters.

Most town-based Maba are bilingual in Chad Arabic and some are growing up without a functional knowledge of their own language. In the villages, Bura Mabang is widely spoken and in some areas people still speak little or no Arabic.

There are several dialects.

There is no scripture published in Bura Mabang.

The Maba are a conservative people with a strong sense of identity and a resistance to change. They have a reputation for being wary of outsiders. Even today there is a mixed attitude in rural areas to modern-style education, especially if the teachers are not from the area. Their loyalty to Islam in its local form is very strong. Most of the Islamic teachers belong to the Tijaniya brotherhood and approve of what many would call folk practices.

There are a few individuals who have become Christians, but there is no Maba Christian movement. Being Muslim is a strong element in Maba identity.

With the recent arrival of satellite TV in the towns, mobile phones and other forms of exposure to the outside world, the traditional worldview of the Maba is being challenged and younger people are much more open to change.

The Maba People
Scroll to top